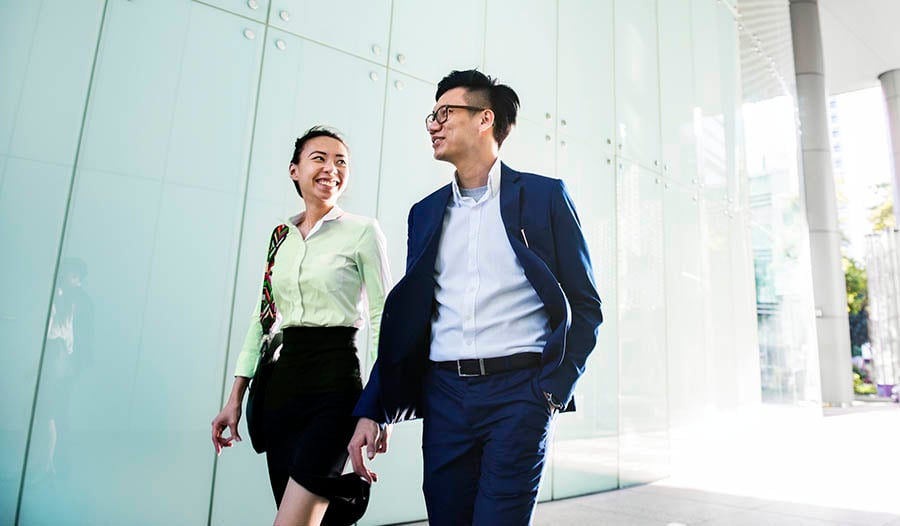 Just like our mobile phones, we start the day with a full charge. However, as the hours progress, you probably notice that your personal “charge” frequently drops. Depending on what you eat for lunch, your internal batteries may drain at a faster rate than you’d like. Additionally,

many people notice that after age 40, they have an increase in “brain fatigue” (a phenomenon of reduced cognitive activity that’s been identified by scientist), also known as frontal lobe fatigue.

While many of us rely on an afternoon cup of coffee or tea to give us a boost, there are also other natural approaches to help maintain energy and brain power well into the afternoon. Some simple changes to your daily regimen can help.

To eat carbs or not to eat carbs? That is the question. It’s important to realize that not all carbohydrates are equal. Popular plans, like the Ketogenic diet, recommend that adults consume less than 50 grams of carbohydrates; the Paleo (caveman) diet recommends avoiding bread and grains altogether. But, carbohydrates can affect your energy levels in both positive and negative ways.

Just about everyone has experienced the feeling of low energy after consuming a big meal. This is very evident after a holiday feast, but also common after a work-day lunch in which excess sugar or carbohydrates are consumed.

After consuming complex carbohydrates, which break down into sugar, the pancreas will secrete insulin, a hormone that allows sugar molecules, which are circulating in the blood, to enter muscles in cells where sugar can be used for energy. However, if there is too much sugar in the blood, the body will use a lot of energy to lower the levels. I always tell my patients, “Energy is like money—we only have so much”. If the body is using energy to process excess sugar, it will leave you with less energy to do other things. The end result? Fatigue!

The solution is to limit carbohydrates and sugars during lunch. If you do decide to consume carbohydrates, it is important to balance them out with a protein source, which can help to slow down the absorption of carbohydrates and sugar.  For example, consider chicken salad but avoid bread. I usually recommend avoiding pasta during lunch, too, but if you do have it, make sure you have a protein source such as chicken or seafood. If you are having a sandwich, consider wrapping it in lettuce instead of bread in order to reduce the carbohydrate content.

A protein shake is a great lunch option and can be low in energy-sucking carbohydrates, too. These protein powders might be a good option for you:

Whey Protein: A common supplement used by those who exercise routinely, whey protein is frequently used as a meal replacement by those trying to maintain or lose weight. Derived from cow's milk, whey is also a popular source of protein for those attempting to build muscle. A whey protein shake can be used as lunch meal replacement. Recommended dose: As recommended on the label

Vegetable Protein: Pea, soy, and rice are all options for vegetable protein formulas. These protein powders can also be considered as a lunch-meal replacement. Recommended dose: As recommended on the label

Exercise after Your Eat

After eating lunch, go for a 15-to-30-minute walk. This will help utilize the sugars and carbohydrates you may have consumed and help to reduce symptoms of fatigue in the afternoon. Give it try—you might be surprised at the results, which for some, can be very long lasting.

Since the beginning of human civilization, people have sought out the benefits of essential oils. The Egyptians used essential oils during the mummification process and ceremonial celebrations. The oils were highly valued, frequently given as gifts and even traded as currency. In the Bible, the Three Wise Men brought the baby Jesus gifts of gold, frankincense and myrrh—the latter two were essential oils.

Essential oils were used by our ancestors in fragrances and perfumes. In addition to their pleasant aroma, most also have health benefits. Essential oils are frequently used in air diffusers, a device that aerosolizes the oil-water mixture into the air. Topical use on the skin is common as is adding a few drops to bath water.

Certain essential oils can help reduce stress, improve energy and provide a sense of wellbeing, happiness and positivity. Consider use of essential oils on your skin or in a diffuser in your work workstation. Energizing essential oils include the following:

Consider taking these supplements during lunch to get a boost of energy:

Ginseng, also known as Panax ginseng, red ginseng or Korean ginseng. The origins of Panax ginseng are in Korea, where it has been used for over 2,000 years. It also grows in parts of China and Siberia. The active ingredient in Panax ginseng is ginsenosides.

Ginseng is an important therapy within traditional Chinese medicine (TCM). While there are other types of ginseng, Panax ginseng is unique, and one should be careful not to mistake it for other known ginsengs, such as Siberian ginseng.

A 2015 study showed that ginseng could help reduce fatigue in cancer patients undergoing treatment. A 2018 study of cancer patients in Biomed Pharmacotherapy showed similar findings. Ginseng has been known to help increase energy levels by practitioners of TCM. A 2018 study using an animal model demonstrated that ginseng plays an important role in reducing fatigue symptoms overall. If you're experiencing fatigue, adding this herb to your diet or supplement regiment should be considered.

Suggested dose: As directed on the label.

Glycine is an amino acid required for the production of skin collagen, DNA and hemoglobin (also known as red blood cells). Glycine can be made by the body when needed, therefore, it is considered an “non-essential” amino acid. However, to feel their healthiest, some people may have higher metabolic demands for glycine than others. In those with higher demands, the body may not be able to make what it needs, and higher levels of glycine supplementation may be required.

A 2012 study in Frontiers in Neurology showed that those with insomnia had less daytime fatigue and sleepiness when they were given L-glycine at doses of 3 grams (3,000 mg) before bedtime. A 2017 study in Nutrition Journal suggested that those with chronic fatigue should supplement with amino acids, such as glycine.

Rhodiola (R. rosea) is an adaptogen, an herb that helps protect cells from oxidative damage caused by environmental and chemical stressors. Because adaptogens grow under harsh climate conditions and must protect themselves against such environmental extremes, they’re very strong plants. Rhodiola, for instance, grows at altitudes 10,000 feet (3 km) above sea level, where the oxygen concentration is low and temperatures are cold.

Improves physical endurance: Athletes at all levels of competition frequently search for ways to improve their endurance. Rhodiola may be beneficial. A 2009 study in the Chinese Journal of Integrative Medicine concluded, “The combined herbal supplement of Rhodiola and Gingko could improve the endurance performance by increasing oxygen consumption and protecting against fatigue”. A 2013 study in the Journal of Strength and Conditioning Research also supported Rhodiola’s ability to improve exercise endurance.

Low energy (also known as fatigue or sometimes chronic fatigue syndrome) is a common reason for doctor visits. Sometimes finding the cause for constant sluggishness is simple while other times it can be elusive for both doctor and patient alike. There are many medical reasons a person may be fatigued.

A common complaint you hear from people these days is about how tired they are. Indeed, with not enough time in the day, people sleeping less and eating worse, there is a short supply of energy. However, sometimes those six cups of coffees a day can start to take a toll. If you feel this way, maybe it’s time to consider these natural energy hacks.

The 10 Best Supplements for an Energy Boost

Having low energy or experiencing fatigue is a common thread in many people’s lives. Some supplements to support energy include CoQ10, ashwagandha, B vitamins.