A Comprehensive Guide to Supplementing with Creatine 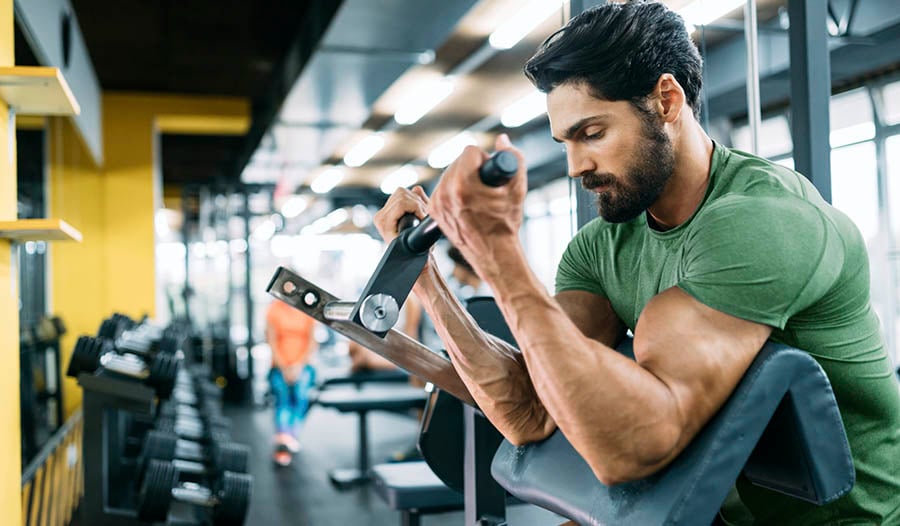 Creatine is a naturally occurring substance found primarily in muscle cells. It is obtained from dietary sources, primarily meat and seafood, with a smaller portion produced by the body.1 Without any supplementation, our muscle stores of creatine are typically around 60-80% saturated.2 Since vegetarians don’t have a significant source of dietary creatine, their baseline muscle stores of creatine tend to be even lower and therefore benefit to a greater extent from supplementation.1,3 Creatine’s primary function is to replenish stores of Adenosine Triphosphate (ATP), the molecule that is used for energy within our cells. During brief intense bouts of exercise, the ability to quickly regenerate ATP is limited partly by the available creatinine in the muscle.

Creatine has been heavily studied since the 1980s, with over 1,000 studies published. The primary performance benefit to supplementing with creatine is an increased work capacity in the gym and on the field. Most studies addressing performance improvements have found an improvement of about 10-20% in high-intensity exercises. 4 For example, in a study on resistance-trained men, the group that received creatine was able to perform on average 1-2 additional reps on each of five sets of bench press taken to failure.5 Although 1-2 additional reps might not seem like a lot, over time the ability to do 10-20% more repetitions translates to increased muscle building and strength gains.

Does Creatine Work for Everyone?

Although creatine has been studied primarily in men, most studies looking at women seem to show similar benefits.6-8 In fact, some studies even suggest a greater response to creatine in women than men.9 Additionally, creatine supplementation has been studied extensively in older adults yielding similar results.10 Unfortunately, the effects of creatine are not universal--there appears to be a variable response among individuals from nearly no improvement in performance to quite pronounced improvement.11 Although some people might not have as robust a response, it’s probably worth giving creatine a shot. It is considered to be the most effective supplement available for purposes of improving exercise capacity and aiding in building muscle.2

Since creatine is one of the most heavily-studied performance supplements with over 30 years’ worth of data, we have a lot of evidence to support its safety. There have been various claims that creatine can cause dehydration and muscle cramping, though the best research does not show that.12 Additionally, there is a misconception that creatine can promote kidney problems. Both short- and long-term studies in various populations from young and healthy to ill and elderly have not demonstrated any negative effect.13-15

Are There Side Effects?

The only side effect that is consistent across all studies is a small weight gain--mostly due to increased water retention within the muscles. Although not everyone will gain weight from creatine, most studies have demonstrated an average of slightly more than 1kg in individuals weighing around 75kg, with ranges from < 1kg to > 3kg.16,17

How Do You Take Creatine?

Creatine comes in various formulations, though the cheapest, most popular, and most well-studied is creatine monohydrate. Creatine monohydrate typically comes in both pill and powder form which are equally effective. Creatine’s effects are only seen when the muscles become sufficiently saturated. There are two options when taking creatine: loading vs not loading.

The timing of creatine supplementation relative to a training session is frequently discussed, although there isn’t a very strong scientific argument for when to consume creatine for maximum benefit. Most studies did not emphasize the timing of creatine. A single small study in older adults showed no difference if given pre- vs post-workout,19 whereas another small study in young recreational bodybuilders showed a marginal improvement in body composition and bench press repetition maximum (RM).20 If you normally consume a post-workout protein shake, you might as well add your creatine in for a possible benefit, but don’t fret if you have it before your workout.

Unlike supplements such as caffeine, where your body develops a tolerance and the effects diminish over time, creatine’s effects are persistent and do not require you to cycle on and off of it.

Some people advocate consuming creatine in conjunction with high amounts of carbohydrates to improve the absorption and total muscle creatine stores. It is true that carbohydrates help get the creatine into the muscles, though no studies have been conducted showing a performance benefit to this strategy.21,22

In closing, creatine is safe, highly effective and cheap. Take your creatine every day... doctor’s orders!

This article was written by Joshua Nackenson, MD, a practicing physician, competitive powerlifter and strength coach. Dr. Nackenson is passionate about an evidence-based approach to strength training, diet and supplementation—applying the same principles he uses in his medical practice. He runs “The Strength Doc” which he started as a YouTube channel while in medical school and grew into an online business where Josh provides consultations and online coaching. His greatest lifting achievement is a 600lb deadlift at a body weight of 180lbs. He can be reached through his website: thestrengthdoc.com
Previous Article
How to Make Homemade Bronzer
Next Article
8 Supplements to Protect Skin from the Summer Sun 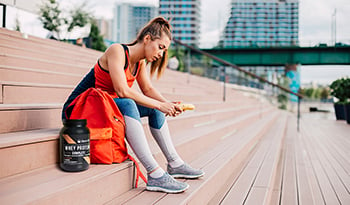 What Is Reverse Dieting? Here’s How To Do It the Right Way According to a Strength Coach

2,981 Views
Reverse dieting is a widely misunderstood tactic for boosting weight loss. A fitness expert explains how to do it the right way. 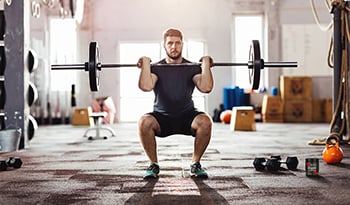 Should You Drink Caffeine Before Working Out?—Here’s What a Strength Coach Recommends

5,065 Views
How much caffeine is too much when it comes to boosting performance at the gym? A strength and conditioning coach explains. 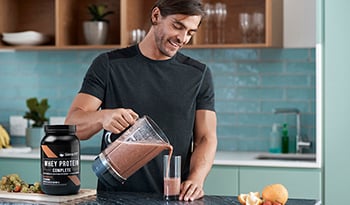 8,476 Views
How do you build a tasty protein shake that supports your health goals? A fitness coach shares the steps to create one, and offers his three favorite recipes.