Acetyl-L-Carnitine—Essential for Maintenance, Protection, and Repair 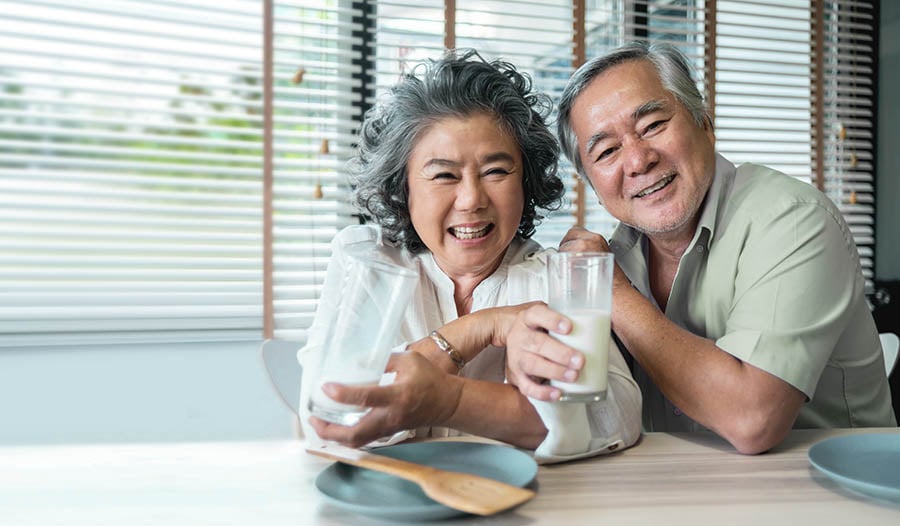 L-Carnitine is an amino acid found mainly in meats and milk products. Once ingested, L-carnitine can be converted to acetyl-l-carnitine ALCAR), which travels to all parts of the body and easily crosses the blood-brain barrier to engage in crucial cellular tasks. For example, ALCAR is needed for cell membrane functions, neurotransmission, essential fatty acid metabolism, energy metabolism, and antioxidant protection (Pettegrew et al., 2000). Preclinical studies suggest that ALCAR may increase neuroplasticity (the ability of neurons to create new connections) and neurogenesis (the growth of new brain cells) in the hippocampus (where emotional memories are stored) and prefrontal cortex (higher level thinking and modulation of emotional reactions) (Wang and Pae 2017).

ALCAR Is Safe – But Has a Few Side Effects

Although overall ALCAR is safer and lower in side effects than prescription antidepressants and drugs used to treat cognitive impairment, it does have some disadvantages. The first is that ALCAR is slow to take effect. The benefits may not be seen or two to four months. The second is that most patients will need to take many pills, on average, three 500 mg tablets once or twice a day. The third is that ALCAR can have the following side effects: diarrhea, foul-smelling urine, constipation, nausea and dyspepsia (indigestion or stomach pain). Less common side effects include insomnia, agitation, and increased appetite.

ALCAR for Depression – Depends on What Kind of Depression

Although 10 double-blind, randomized, placebo-controlled (DBRPC) studies of ALCAR for depression have been done, those showing significant benefits were mainly in elderly patients, patients with dysthymia (chronic mild-to-moderate depression), and those with medical conditions such as fibromyalgia or cancer (Wang et al. 2014). Many of the older studies used outdated methodologies that would not be considered high quality by today’s standards.

Nevertheless, ALCAR does benefit many patients with depression. This may be attributed to its overall positive effects on cell functions, energy metabolism, and neurotransmission. Furthermore, older patients may have a condition called ‘vascular depression,’ meaning depression related to a decrease in the blood supply to areas of the brain involved in mood or mood-related functions. In such cases, improving the blood supply or perfusion of the brain can improve mood, orientation, cognitive functions, memory, and behavior.

Although ALCAR is not a first-line treatment for severe depression, it should be kept in mind for patients with dysthymia, possible cerebrovascular insufficiency, fibromyalgia, or an inability to tolerate prescription antidepressant medications.

What Does ALCAR Do for Cognitive Impairment and Dementia?

Since the 1980’s researches have explored the use of ALCAR for treatment of neurodegenerative disease, including age-related cognitive decline, mild cognitive impairment, vascular dementia and Alzheimer’s disease. From these studies, it is possible to identify the types of individuals who may be more likely to respond to ALCAR.

Studies of cognitive impairment and dementia found that ALCAR was most effective in patients in whom cerebrovascular insufficiency was contributing to the decline in mental abilities. As we age, circulation through the smallest capillaries tends to decrease, depriving brain cells of oxygen and nutrients. As the cells become weaker, they become more vulnerable to damage or apoptosis (cell death) from even small reductions in perfusion, which can occur if the individual becomes dehydrated or overheated, undergoes surgery, has a drop in blood pressure, engages is excess physical activity, has untreated sleep apnea, or experiences a traumatic shock.

Dizziness, light-headedness, transient confusion, difficulty talking or remembering, mental slowness, problems with executive functions (planning, organizing, and getting things done), sudden weakness, or falling can be indicators of vascular insufficiency. Also, cerebrovascular insufficiency can be associated with changes in behavior, such as apathy (loss of interest), anxiety, or depression. The presence of diabetes, atherosclerosis, and heart disease are additional risk factors.

Finding evidence of diffuse vascular insufficiency on the brain scan of an older patient is so common that it is often read as “normal for age.” Consequently, healthcare practitioners often tell such patients that their scan was ‘normal.’ However, when this finding occurs in a patient who is having symptoms that could be associated with vascular insufficiency, the situation and the brain scan should be re-evaluated. When neurons are struggling to survive, it makes sense to provide them with a better supply of oxygen and vital nutrients to prevent further loss and, in some cases, to help cells recover. A little more antioxidant protection might help as well. ALCAR, nootropics, cerebrovasodilators (compounds that help blood vessels open wider), nutrients, and adaptogenic herbs can improve mitochondrial function, bolster cellular defenses and enhance recovery.

Vascular Disease in Patients with a Diagnosis of Dementia

Only about 10% or fewer dementia patients have pure vascular dementia. Yet, among patients with dementia, 75% have evidence of vascular disease. Too often, when a patient is given a diagnosis of dementia or Alzheimer’s disease, the neurological workup and treatment attempts stop. However, such patients are often older and therefore likely to have some degree of vascular insufficiency, which may be apparent on a brain scan. Treating the vascular insufficiency with ALCAR and other brain enhancers is worth trying, even if the primary diagnosis is dementia because just a partial improvement can make a big difference in the quality of life for the patient, the family and the caregivers.

ALCAR has a place in the treatment of vascular cognitive impairment (VCI) as was demonstrated in a recent DBRPCT (Young et al. 2018). In this trial, 56 patients with vascular cognitive impairment, who were already taking donepezil (Aricept) were given either 1,500 mg ALC per day or placebo for 28 weeks. In the group given ALCAR, scores on the Montreal Cognitive Assessment improved significantly compared to the placebo group. However, scores on other tests of brain function did not differ. The greatest improvements with ALCAR occurred attention and language functions.

ALCAR Works Better in Combination with Other Supplements

Living organisms are so complex that it should not surprise us to discover that aging cells do better when given multiple nutrients to shore up their intricate cellular machinery. One promising vitamin and nutraceutical formula, call "NF," improved cognitive symptoms and other brain functions. NF contains folic acid, B12, Vitamin E, S-adenosylmethionine, N-acetyl cysteine and Acetyl-L-carnitine. In studies of patients with early-stage, middle-stage, and later-stage Alzheimer's disease, those who were given NF attained significantly better scores on neuropsychiatric measures, including memory and cognitive tests (Chan et al. 2008; Remington et al. 2009, 2015). The patients in these studies tolerated the formula well. No serious side effects were reported. Further studies are needed to confirm these encouraging findings. Each component in this formula has its own health benefits and is low in side effects. For individuals with cerebrovascular vascular insufficiency, a cerebrovasodilator, for example, Picamilon, could provide additional perfusion.

Just as excess sun exposure can cause oxidative damage to the lens and retina of the eye, similarly, excess noise exposure can cause oxidative damage to the inner ear which contributes to hearing loss. Studies have shown that certain combinations of antioxidants can protect against permanent damage from noise exposure (Choi and Choi 2015). Each antioxidant protects different parts of the cells that enable us to hear. In combination, these antioxidants have synergistic effects, that is, they enhance each other’s effectiveness. One combination, ALCAR plus folate and Vitamin E significantly reduced cell damage and hearing loss (Dhitavat, et al. 2005) Magnesium and Vitamin A were also beneficial. The antioxidants were most effective if given before noise exposure, within 4 hours after exposure and when continued for 9 days after exposure.

Studies of ALCAR for ADHD have shown mixed and inconclusive results. These inconsistencies may indicate that it is more beneficial for subtypes, rather than for ADHD overall. For example, a reanalysis of negative results in a 16-week BDRPC study of 112 children with ADHD found significant benefits in those who had the inattentive, rather than the hyperactive or mixed forms of ADHD (Arnold et al. 2007). Furthermore, several of the ADHD studies ran for only six weeks, which may not have been long enough to detect an effect with ALCAR.

Acetyl-L-Carnitine (ALC or ALCAR) continues to be a molecule of great interest to researchers because so many important functions have been identified in preclinical research. Effects on gene activation, transcription, protection of genes involved in methylation, and numerous other functions indicate a tantalizing menu of therapeutic possibilities. Strategic combinations using ALCAR and other supplements to enhance and protect cells throughout the body will require ongoing studies. 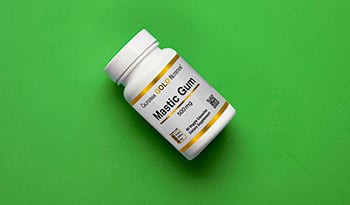 Have You Heard of Mastic Gum? Here Are 8 Health Benefits

Mastic gum is made from the resin of mastic trees found on the Greek island of Chios. It is known to help with digestion, high blood sugar, and IBS. 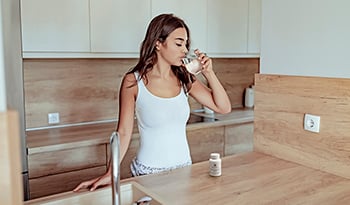 Tyrosine is an amino acid that may have benefits for our memory, cognition, thyroid, and more.