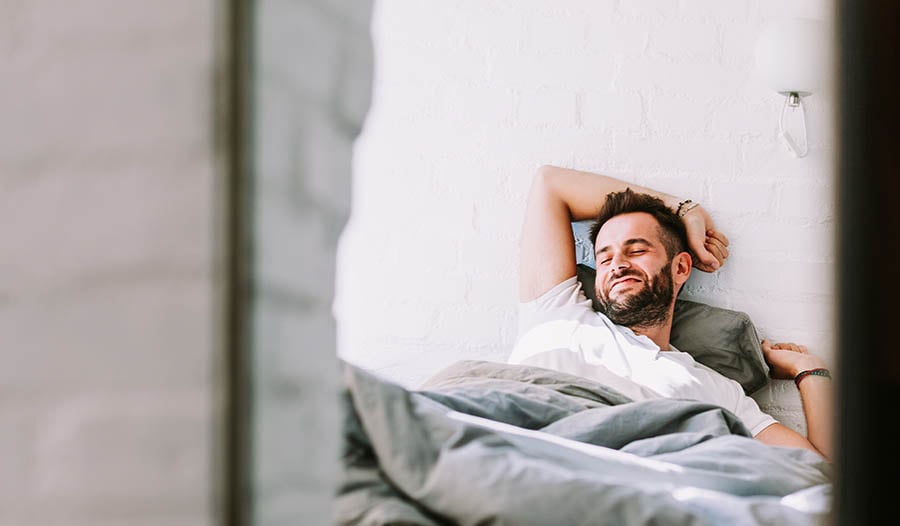 Aromatherapy is the ancient practice of using scents to promote physical and mental well-being. These scents are usually inhaled or rubbed onto the skin. Research suggests that regularly practicing aromatherapy could decrease stress and anxiety, and the practice may also help with enhancing sleep quality.

How Aromatherapy Helps With Sleep

Researchers believe that aromatherapy promotes improved sleep by inhibiting the activity of the sympathetic nervous system, helping patients relax. Some also believe that the practice may enhance sleep by activating serotonin and other neurotransmitters that are involved in sleep regulation.

Scientific Studies on Aromatherapy and Sleep

A 2014 systematic review published by the University of Minnesota that examined multiple aromatherapy studies conducted between 1990 and 2012 found that inhalation of essential oils could be considered as part of a treatment plan for patients coping with mild sleep disturbances. The review noted that there were no adverse reactions reported in the studies. This suggests that aromatherapy can generally be considered safe for most individuals, including those with chronic health conditions.

Research on patients with cardiovascular disease who were hospitalized in intensive care at Isfahan University of Medical Sciences demonstrated that lavender-based aromatherapy significantly improved sleep in the patient population as well.

A randomized, single-blind European study that evaluated the effectiveness of Lavandula angustifolia for mild insomnia found that women and younger subjects noted more improvements in their sleep quality with this treatment than other patient populations. Research on female college students showed that aromatherapy was associated with reductions in insomnia and depression symptoms, too.

Lavender is among the most widely studied essential oils for the enhancement of sleep quality. In scientific studies that demonstrated sleep improvement, participants used lavender essential oil by placing four drops of 10% lavender oil on a cotton ball. The cotton ball was placed in a cup, and the participants took several deep breaths with the container near their faces. The container was placed near the participant's pillow at bedtime, and it remained there overnight.

If a 10 percent concentration is too strong, studies also suggest that 2 percent lavender oil has similar sleep-promoting properties. Individuals who are new to aromatherapy might wish to start with the 2 percent solution.

In a 2016 study of personal aromatherapy devices, researchers found that using a blend of bergamot and sandalwood essential oils improved sleep quality in 64 percent of study participants. These essential oils are quite strong, so it is often recommended that beginners use these by placing them in a reed diffuser instead of applying them to the skin.

A Japanese study published in 2017 found that essential oil blends containing cedarwood, cypress and pine oils improved sleep in older adults with dementia. The oils were placed on cloths laid next to the participant's pillows. After 20 nights, researchers observed that the participants slept longer overall and had fewer instances of early morning waking compared to individuals who did not use these oils. When using cedarwood and similar essential oils, it may be helpful to place a few drops on a cotton ball that is placed near the bed pillow overnight.

Previous Article
Popular Diets and Supplementation: What You Need to Know
Next Article
Colon Health and Berberine: A Study Finds Promising Antioxidant Effects

The Best Essential Oils for Sleep

Many essential oils may be used as an all-natural alternative to help with a good night's sleep. That's because smelling essential oils not only produces a sedative effect, but they may also have an effect on diminishing anxiety, lowering blood pressure, and relieving built-up stress.

It is estimated that up to 60 million people have sleep problems. Some individuals toss and turn before finally falling asleep. Others fall asleep almost immediately but wake up long before morning. People who have trouble sleeping often find that it helps to use a sleep balm containing essential oils.

Sleep Quality: 4 Reasons Why It’s Important and How to Get It

Poor sleep can cause major problems with your long-term health. Preliminary research suggests several natural sleep aids that may help.