What Does The Research Say About Omega-3 Fatty Acids and Heart Health? 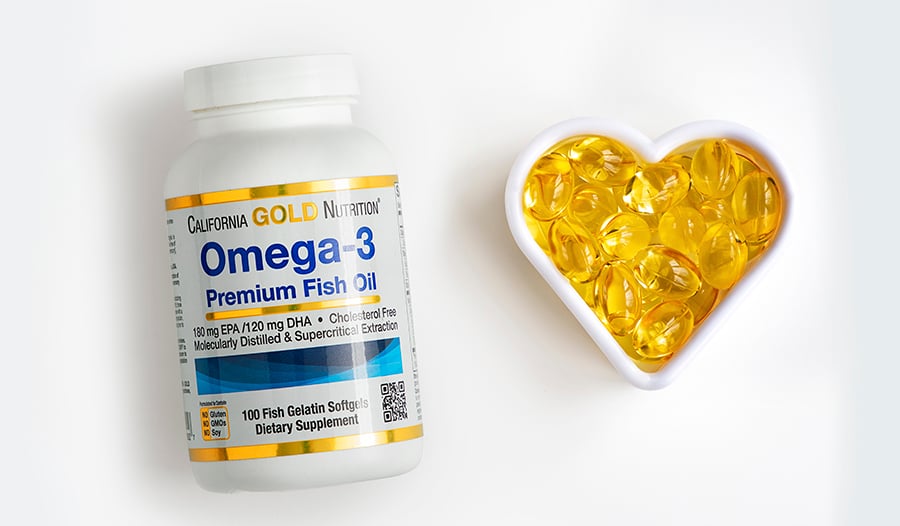 Omega-3 fatty acids can be found in fish and many other healthy foods. In addition to being useful for those with arthritis, high triglycerides and high blood pressure, many believe that omega-3 fatty acids may also have benefits in the prevention of heart disease.

Omega-3 fatty acids consist primarily of DHA, EPA, and ALA

90% of Americans, and many others around the world, do not meet the American Heart Association recommendation of two 3.5 ounce servings (100 grams/serving) per week, of low mercury-containing fish. A well-balanced diet is a great way to help ensure adequate essential fatty acids and other vitamins and minerals are consumed.

‌‌‌‌What Are Food Sources Of Omega-3s?

‌‌‌‌What Does The Latest Research Show About Omega-3s And Heart Disease?

A 2013 study in the Annals of Internal Medicine studied 2,692 U.S. adult males aged 69 to 79 years without a history of heart disease, stroke, or congestive heart failure. The men had their blood fatty acid levels measured in 1992. They were followed through 2008. The researchers showed that those with higher levels of EPA and DHA were 17 percent and 23 percent less likely to die. The researchers concluded that higher blood levels of total 3-polyunsaturated fatty acids levels were associated with a lower risk of death from cardiovascular disease.

Further, a 2017 study in Atherosclerosis showed that higher levels of omega-3 fatty acids in one’s blood could reduce death from heart disease, the leading killer of people worldwide, by 30 percent. This alone could save millions of lives each year.

Lastly, a 2021 meta-analysis study in Mayo Clinic Proceedings evaluated the effects of EPA/DHA supplementation in test subjects. In total, the researchers included 40 scientific studies in their analysis. There were a combined 135,267 total subjects included, giving the study a lot of power. The results showed that supplementation was associated with the following benefits with supplementation:

The researchers concluded that supplementation with EPA and DHA (omega-3 fatty acids) is an effective lifestyle strategy for heart disease prevention. They also stated that the protective effect probably increases with a dosage of the omega-3 fatty acids.

High triglycerides, or circulating blood fats, are a known risk factor for heart disease. Triglycerides are commonly reported when a doctor orders a comprehensive cholesterol blood test. Those with insulin resistance, pre-diabetes or diabetes are at increased risk for having elevated triglycerides. Also, those who are overweight or who eat a lot of processed foods are more likely than not to have elevated triglyceride levels when measured. As a result, lowering triglyceride blood levels is crucial to keep one healthy. While a healthy diet and regular exercise can play a big role, supplements can also be useful.

For example, a 2016 study in Lipids in Health and Disease concluded that omega-3 fatty acids are helpful in lowering triglycerides. I have also seen this in my own private practice. I commonly recommend fish oil supplements to patients with elevated triglycerides. Over the last 15 years, I have seen excellent results. In most cases, we are able to avoid prescription medications. More and more doctors are relying on omega-3 fish oil to help lower triglycerides instead of pharmaceuticals.

Most people need about 4,000 mg daily of fish oil to help lower their triglyceride levels. For some, krill oil may also be a suitable alternative.

This condition often causes no symptoms, leaving many with high blood pressure undiagnosed for years. For this reason, hypertension has been called “the silent killer”. High blood pressure is known to increase the risk of heart attack, stroke, heart failure, and kidney disease, especially if left untreated.

Blood pressure readings consist of two numbers, traditionally measured in millimeters of mercury (mmHg). The first number is the systolic blood pressure and the second is diastolic pressure. Blood pressure is expressed as 120/80 (systolic/diastolic).

Most doctors consider a blood pressure reading above 140/90 as being elevated and possibly requiring treatment.

There are many causes of hypertension, including lack of physical activity, poor diet, overweight, obesity, insulin resistance, prediabetes, diabetes, kidney disease, or possibly even genetics. In addition, high blood pressure may also occur as a consequence of aging.

The good news is, essential fatty acids may help. A 2009 randomized controlled trial published in the Journal of Hypertension showed that omega-3 fatty acid supplements could help lower blood pressure when taken at a dose of 4 grams (4,000 mg) per day.

In addition, a 2014 study in the American Journal of Hypertension showed that DHA/EPA lowered systolic blood pressure and when more than 2 grams (2,000 mg) per day were taken, diastolic blood pressure (the bottom number) was also lowered. In total, 70 randomized controlled trials were evaluated in this comprehensive study. Also, a 2016 study in the Journal of Nutrition showed that consumption of fish oil at a dose as low as 700 mg per day could help lower blood pressure in a significant manner.

More recently, a 2018 study evaluated 2,036 healthy adults between the ages of 25 and 41 years of age. The researchers concluded that those with higher omega-3 levels in their blood had lower blood pressure when compared to those with the lowest levels. The researchers also stated diets high in omega-3 fatty acids could be a useful strategy to help prevent the development of high blood pressure.

Despite the above evidence cited above, a small 2019 study found that dietary omega-3 fatty acids had no effect on high blood pressure. However, there was no evidence of any harm. Personally, I have seen beneficial results in my own medical clinic.

Most who supplement take between 500 mg up to 4,000 mg per day of Fish Oil. If taking the higher dose, taking half in the morning and half in the evening can be considered. There are also vegan options of EPA/DHA fatty acids available. Omega-3 fatty acids are available in capsules, liquid and gummy formulations. Also, it is important to note that Krill oil may also be a suitable alternative for those who do not tolerate fish oil supplements.

Previous Article
Does NAD+ Really Work? Why This Coenzyme Could be Key to Anti-Aging
Next Article
The Different Forms and Benefits of Vitamin E

A healthy diet and supplements such as green tea extracts and omega-3 fatty acids may help reduce cholesterol and decrease your risk of developing cardiovascular disease.

CoQ10 is an antioxidant known for heart health benefits including increasing use of oxygen by the heart muscle and improving blood pressure control.

Why Are Men At Higher Risk For Heart Disease? A Doctor Explains

Why do men have heart disease at higher rates than women? A doctor explains the reasons and offers tips for reducing your risk.