Are Air Fryers Better For Health? A Registered Dietitian Weighs In

If you like cooking healthy meals at home, you may own an air fryer or have thought about buying one. Air fryers are popular countertop appliances that offer a healthier alternative to other cooking methods, like pan-frying or deep-frying. They can make it easier and quicker to get healthy meals on the table.

However, there are some things you should know about these devices before you invest in one. This article offers a guide to air fryers, how to use them, their benefits and downsides, and some alternatives.

‌‌‌‌What is an Air Fryer?

Although they’ve been popular for the past several years, air fryers are relatively new—they’ve only been on the market since 2010. Air fryers use convection power—or circulating hot air—to evenly cook, brown, and crisp food on all sides. They contain fans that help to distribute the hot air throughout the cooking area. This unique method actually helps air fryers to cook food faster than traditional ovens.

Although they don’t fry foods in the traditional sense, they are called air fryers because they can cook and crisp food in a way that’s similar to pan-frying or deep-frying—but using very little oil, making it a much healthier option. Food cooked in an air fryer only needs to be lightly sprayed or brushed with oil to achieve a crispy, golden-brown end result.

Air fryers are also easy to use. Simply set it to your desired temperature and cooking time, place the food into the air fryer basket, and start the fryer, flipping, or shaking the food to promote even cooking and oil distribution as needed. Most foods cook in an air fryer in 15 minutes or less.

Almost anything can be cooked in an air fryer, from meats to desserts. You can use an air fryer to make your own snacks, like dried fruit or vegetable snacks, chips, jerky, or popcorn. You can also use it to toast nuts and seeds, and even make simple baked goods.

Air fryers have several benefits. They can help you cut fat, calories, and potentially harmful compounds from your food and they’re also quicker and use less energy than other cooking methods.

Because they don’t require as much cooking oil, air fryers can drastically slash the calorie and fat content of foods that are usually fried—like fries, chicken, and many other dishes.

Traditional fried foods can absorb anywhere from 10-60 percent of the oil they are fried in. Because oil is high in calories, even absorbing just 10 percent of it can add significant amounts of calories to your daily intake.

In fact, one study found that people who consumed fried foods four times a week or more were about 40 percent more likely to become overweight or obese than people who limited their fried food intake to less than two servings per week.

Frying foods that are high in carbs—like potatoes or flour-battered foods—can result in the build-up of acrylamide, which has been classified as a “probable carcinogen” by the International Agency for Research on Cancer.

Additionally, most vegetable oils commonly used for deep frying are high in inflammatory omega-6 fats, which may contribute to chronic inflammation and increase your risk of developing conditions like type 2 diabetes, Alzheimer’s, and heart disease.

Old oils that are heated and cooled repeatedly—like those found in deep fryers in restaurants—also contain other harmful compounds that can promote inflammation and cellular damage and potentially lead to cancer.

The convection cooking used in air fryers can result in cooking times up to 20% shorter than baking. This is because the air fryer circulates hot air to all sides of the food at once, in a smaller cooking area than an oven, slashing the time it needs to fully cook. This can make air fryers a lifesaver if you struggle to get healthy meals on the table due to a lack of time.

An air fryer also uses less energy than an oven. Air fryers are smaller than these large appliances and cook food more quickly, resulting in savings in energy costs. One additional benefit you may find from this is that an air fryer also won’t heat up your kitchen the same way an oven will—which may even save you some money on your air conditioning bill!

Finally, air fryers are portable, so you can take them with you anywhere. You can easily bring one along on vacations or trips where you won’t have access to a full kitchen to save money on dining out.

Air fryers also have some downsides that you should be aware of before you purchase one.

Air fryers are very safe, but some problems can arise if you’re not following manufacturer instructions. For instance, air fryers can get very hot. If you need to flip or shake the food during cooking, you need to take precautions to not burn yourself, like using an oven mitt and tongs.

Also, using more oil than the appliance calls for can create a safety hazard. Excess oil increases the risk of the appliance catching on fire. Be sure to closely follow all of the instructions that come with your air fryer.

Air fryers also have a smaller cooking surface than your oven or your stovetop, so they may not be ideal for large families. Making large amounts of food in an air fryer will require cooking in batches, which can actually increase your total cooking time compared to using an oven or your stovetop.

For a countertop appliance, air fryers can also be very large and take up quite a bit of space on your counter or in a cabinet. If you have a small kitchen or little available storage space, adding an air fryer may not be ideal as they can be very bulky.

If you don’t have space in your kitchen or the room in your budget to purchase an air fryer right now, no need to worry. There are plenty of alternative cooking methods, along with foods you can purchase, that are prepared in healthy ways.

You can actually do much of what an air fryer does with a regular oven. Additionally, pan-frying foods with just a small amount of oil can also help slash fat and calories compared to deep frying—while still giving you a crispy and golden-brown end product.

Although many people use their air fryers to create healthy snacks, like dried fruits, vegetable chips, or homemade jerky, there are also several options for purchasing these foods. Some healthy snack offerings include seaweed snacks, jerky, and dried fruit snacks.

They can result in a crispy, golden-brown product similar to frying, without all the negative side effects. They also cook more quickly and use less energy than a conventional oven or stovetop. However, there are plenty of options available to you that are healthier than fried foods, even if you don’t have an air fryer.

This article was written by SaVanna Shoemaker, a Registered Dietitian Nutritionist, and freelance health writer. She's passionate about real food, healthy cooking, and holistic wellness. You can learn more about her at SaVannaShoemaker.com.

Previous Article
Are You Deficient In Essential Vitamins? Here Are 5 Ways To Tell
Next Article
6 Different Forms of Vitamin C and How to Use Them 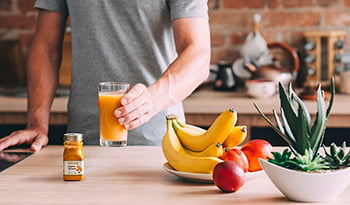 Get A Healthful Boost With These 3 Easy Wellness Shot Recipes

What are wellness shots, and what ingredients do they usually contain? A registered dietitian shares her perspective, along with three health-boosting recipes. 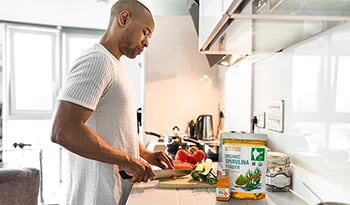 7 Anti-Inflammatory Foods and Supplements You Should Know

One of the best ways to fight inflammation is through lifestyle choices, including diet and supplements. A dietitian weighs in on her top choices. 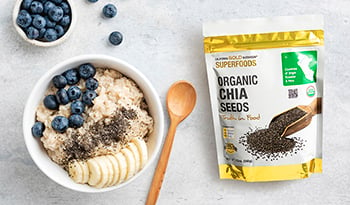 Stock your pantry with these natural products so that you always have a healthy and nutritious meal option on hand.